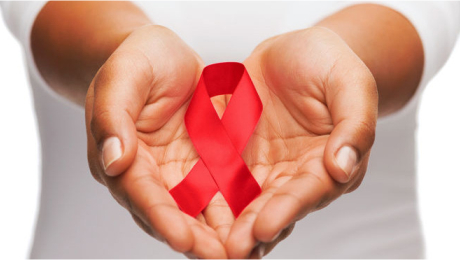 According to the latest statistics from the Centers for Disease, Control, and Prevention, around 36.7 million people are living with HIVTrusted Source around the world. While there have been many advancements in the management of the HIV virus throughout the years, unfortunately, a lot of misinformation still exists about what it means to live with HIV.

We reached out to several experts to get their opinions on what the most glaring misconceptions people have about HIV/AIDS. These experts treat people, educate medical students, and provide support to patients coping with the disease. Here are the top nine myths and misconceptions that they, and people living with the HIV virus or the AIDS syndrome, continue to combat:

With proper treatment, we now expect people with HIV to live a normal life span.

Myth #2: You can tell if someone has HIV/AIDS by looking at them.

If an individual contracts the HIV virus, the symptoms are largely unremarkable. A person with an HIV infection might display symptoms that are similar to any other type of infection, such as a fever, fatigue, or general malaise. Additionally, the initial mild symptoms generally only last a few weeks.

With the early introduction of antiretroviral medications, the HIV virus can be effectively managed. A person with HIV who receives antiretroviral treatment is relatively healthy and is no different than other individuals who have chronic health conditions.

The stereotypical symptoms that people often associate with HIV are actually symptoms of complications that can arise from AIDS-related illnesses or complications. However, with adequate antiretroviral treatment and medications, those symptoms will not be present in an individual living with HIV.

Myth #3: Straight people don’t have to worry about HIV infection.

It’s true that HIV is more prevalent in men who also have male sexual partners. Gay and bisexual young African-Americans have the highest rates of HIV transmission.

The highest risk group is men who have sex with men. This group accounts for about 70 percent of new HIV casesTrusted Source in the USA, according to the CDC.

However, heterosexuals accounted for 24 percent of new HIV infections in 2016, and about two-thirds of those were women.

While the rates of African-American gay and bisexual men living with HIV has remained relatively the same in the United States, overall rates of new HIV cases have decreased since 2008 by 18 percent. Diagnoses among heterosexual individuals in general decreased by 36 percent, and decreased among all women by 16 percent.

African-Americans face a higher risk of HIV transmission than any other race, no matter their sexual orientation. According to the CDCTrusted Source, the rate of HIV diagnoses for black men is almost eight times higher than white men and even higher for black women; the rate is 16 times higher in black women than white women, and 5 times higher than Hispanic women. African-American women contract HIV at higher ratesTrusted Source than any other race or ethnicity. As of 2015, 59% of women living with HIV in the United States were African-American, while 19% were Hispanic/Latina, and 17% were white.

The most important thing that a woman living with HIV can do when preparing for pregnancy is to work with her healthcare provider to begin ART treatment as soon as possible. Because treatment for HIV has advanced so much, if a woman takes her HIV medicine daily as recommended by a healthcare provider throughout her entire pregnancy (including labor and delivery), and continues medicine for her baby for 4 to 6 weeks after birth, the risk of transmitting HIV to the baby can be as low as 1% or lessTrusted Source.

There are also ways for a mother who has HIV to lower the risk of transmission in the event that the HIV viral load is higher than desired, such as choosing a C-section or bottle feeding with formula after birth.

HIV is the infection that causes AIDS. But this doesn’t mean all HIV-positive individuals will develop AIDS. AIDS is a syndrome of immune system deficiency that is the result of HIV attacking the immune system over time and is associated with weakened immune response and opportunistic infections. AIDS is prevented by early treatment of HIV infection.

With current therapies, levels of HIV infection can be controlled and kept low, maintaining a healthy immune system for a long time and therefore preventing opportunistic infections and a diagnosis of AIDS.

Myth #6: With all of the modern treatments, HIV is no big deal.

Although there have been a lot of medical advancements in the treatment of HIV, the virus can still lead to complications, and the risk of death is still significant for certain groups of people.

The risk of acquiring HIV and how it affects a person varies based on age, gender, sexuality, lifestyle, and treatment. The CDC has a Risk Reduction Tool that can help a person estimate their individual risk and take steps to protect themselves.

PrEP (pre-exposure prophylaxis) is a medication that can prevent HIV infection in advance, if taken daily. A recent study from Kaiser Permanente followed people using PrEP for two and a half years, and found that it was mostly effective at preventing HIV infections, again if taken daily.

However, it doesn’t protect against other sexually transmitted diseases or infections.

PrEP is recommended to be used in combination with safer sex practices, as studies also have showed that half of the patients participating were diagnosed with a sexually transmitted infection after 12 months.

Myth #8: Those who test negative for HIV can have unprotected sex.

If a person was recently diagnosed with HIV, it may not show up on an HIV test until up to three months later.

Traditionally used antibody-only tests work by detecting the presence of antibodies in the body that develop when HIV infects the body. Depending on the test, HIV positivity could be detected after a few weeks, or up to three months after possible exposure. Ask the person performing the test about this window period and the timing of repeat testing.

Individuals should take a second HIV test three months after their first, to confirm a negative reading. If they’re having regular sex, the San Francisco AIDS Foundation suggests getting tested every three months. It’s important for an individual to discuss their sexual history with their partner, and to talk with a healthcare provider about whether they and their partner are good candidates for PrEP.

Myth #9: If both partners have HIV, there’s no reason for a condom.

Studies have shown that a person living with HIV who is on regular antiretroviral therapy that reduces the virus to undetectable levels in the blood is NOT able to transmit HIV to a partner during sex. The current medical consensus is that “Undetectable = Untransmittable.”

However, the CDC recommends that even if both partners have HIV, they should use condoms during every sexual encounter. In some cases, it’s possible to transmit a different strain of HIV to a partner, or in some rare cases, transmit a form of HIV that is considered a “superinfection” from a strain that is resistant to current ART medications.

The risk of a superinfection from HIV is extremely rare; the CDC estimates that the risk is between 1 and 4 percent.

Other tests, known as HIV combo tests, can detect the virus earlier.