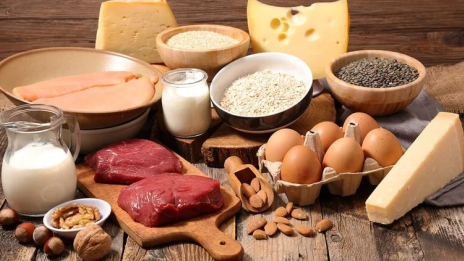 The dropping rates of choline intake may be linked to the fight against cholesterol.

Today, the advice to take in less number of eggs has been somewhat reversed. Eggs, alongside healthy meats and some dairy products, are no longer looked as a harbinger of skyrocketing cholesterol.

But many people still aren’t eating enough of these foods to get to the recommended choline intake.

Vegans and vegetarians who avoid fish and dairy products are particularly at risk.

While vegetables like Brussels sprouts, broccoli, cauliflower, wheat germ, peanuts, and many varieties of beans have some choline, it’s difficult, though not impossible, to eat enough of these foods to meet our minimum daily requirement.

Half a cup of broccoli has just over 31 mg of choline.

The general population should think about whether they are obtaining some of the major dietary choline providers, such as meat, milk, and eggs. If these are not being consumed, then supplementation strategies will be required.

This becomes particularly important at key life stages, such as pregnancy and postpartum if breastfeeding, when choline is critical to fetal and infant development.

Older children can stay on a vegan diet as long as care is taken to ensure they get nutrients that might be missed if they avoid animal products.

Children and adults who are vegans need some form of supplemental vitamins, particularly vitamin B-12 and potentially others, and may also need supplemental minerals.

Additionally, choline is not a common ingredient in most infant vitamin preparations, although it is an ingredient in some pediatric and prenatal vitamins.