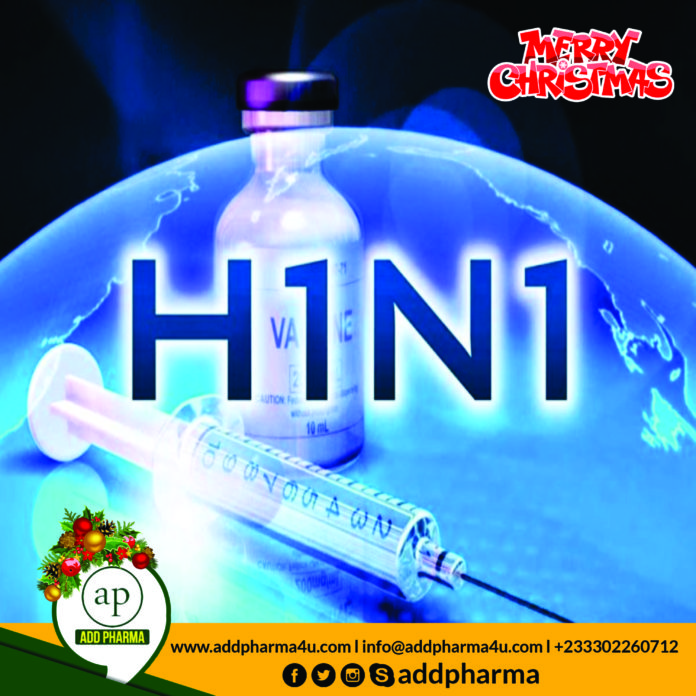 Technically, the term “swine flu” refers to influenza in pigs. Occasionally, pigs transmit influenza viruses to people, mainly to hog farmers and veterinarians. Less often, someone infected with swine flu passes the infection to others.

The human respiratory infection caused by a particular influenza virus H1N1 strain — popularly known as swine flu — was first recognized in spring 2009. A few months after the first swine flu cases were reported, rates of confirmed H1N1-related illness were increasing in much of the world. As a result, the World Health Organization declared the infection a global pandemic.

The pandemic was declared over in August 2010. Currently, H1N1 is still circulating in humans as a seasonal flu virus and protection against this strain was included in the seasonal flu vaccine for 2015-16. Another strain, H3N2 emerged in humans in 2011.

H1N1 flu signs and symptoms in humans are similar to those of other flu strains:

H1N1 flu symptoms develop about one to three days after you’re exposed to the virus.

It’s not necessary to see a doctor if you’re generally healthy and develop flu signs and symptoms, such as fever, cough and body aches. Call your doctor, however, if you have flu symptoms and you’re pregnant or you have a chronic disease, such as asthma, emphysema, diabetes or a heart condition, because you have a higher risk of complications from the flu.

Influenza viruses infect the cells lining your nose, throat and lungs. The virus enters your body when you inhale contaminated droplets or transfer live virus from a contaminated surface to your eyes, nose or mouth.

If you’ve traveled to an area where many people are affected by swine flu (H1N1 flu), you may have been exposed to the virus, particularly if you spent time in large crowds.

Swine farmers and veterinarians have the highest risk of true swine flu because of their exposure to pigs.

The Centers for Disease Control and Prevention recommends flu vaccination for all people older than 6 months of age. An H1N1 virus is one component of the seasonal flu shot for 2014-15. The flu shot also protects against two or three other influenza viruses that are expected to be the most common during the flu season.

Most cases of flu, including H1N1 flu, require only symptom relief. If you have a chronic respiratory disease, your doctor may prescribe additional medications to help relieve your symptoms.

The antiviral drugs oseltamivir (Tamiflu) and zanamivir (Relenza) are sometimes prescribed within the first day or two of symptoms to reduce the severity of your symptoms, and possibly the risk of complications. But, flu viruses can develop resistance to these drugs.

To make development of resistance less likely and maintain supplies of these drugs for those who need them most, antivirals are reserved for people at high risk of complications.

High-risk groups are those who:

If you develop any type of flu, these measures may help ease your symptoms: