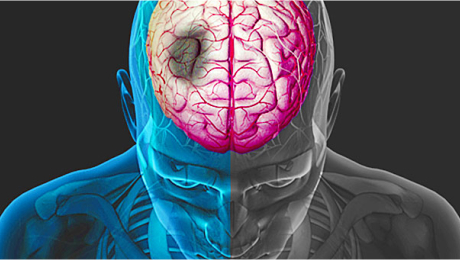 A stroke may be caused by a blocked artery (ischemic stroke) or the leaking or bursting of a blood vessel (hemorrhagic stroke). Some people may experience only a temporary disruption of blood flow to the brain (transient ischemic attack, or TIA) that doesn’t cause permanent damage.

Hemorrhagic stroke occurs when a blood vessel in your brain leaks or ruptures. Brain hemorrhages can result from many conditions that affect your blood vessels. These include:

A less common cause of hemorrhage is the rupture of an abnormal tangle of thin-walled blood vessels (arteriovenous malformation). Types of hemorrhagic stroke include:

A transient ischemic attack (TIA) — sometimes known as a ministroke  is a temporary period of symptoms similar to those you’d have in a stroke. A temporary decrease in blood supply to part of your brain causes TIAs, which may last as little as five minutes.

Like an ischemic stroke, a TIA occurs when a clot or debris blocks blood flow to part of your nervous system — but there is no permanent tissue damage and no lasting symptoms.

Seek emergency care even if your symptoms seem to clear up. Having a TIA puts you at greater risk of having a full-blown stroke, causing permanent damage later. If you’ve had a TIA, it means there’s likely a partially blocked or narrowed artery leading to your brain or a clot source in the heart.

It’s not possible to tell if you’re having a stroke or a TIA based only on your symptoms. Even when symptoms last for under an hour, there is still a risk of permanent tissue damage.