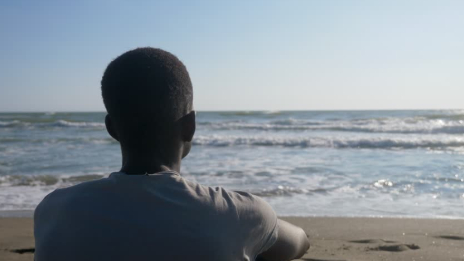 Part of it may be this macho thing, a lot of guys don’t want to admit they have this problem. They still see depression as a sign of weakness.

This type of thinking is outdated, a relic of previous generations that doesn’t speak to the current medical understanding of mental illness.

We know so much more now, and we recognize the chemical changes that take place. In many ways, mental illness is just like diabetes, or any other physical condition.

But a lot of people don’t look at it that way. Instead they still see mental health struggles as a personal issue and a lack of personal fortitude.

Because of that, and the stigma that still exists surrounding mental illness (not to mention, the pressure on men to always be strong), a lot of men struggle with admitting they may need help.

There is work for us to do as a society regarding the stigma of asking for help, while we have done a much better job of reducing stigma and expanding opportunities for support, men still may be experiencing shame and guilt that could lead to them being less willing to ask for help.

The Burden of Toxic Masculinity

But it’s not just asking for help that men seem to struggle with.

Research has found that some men also have a harder time establishing social connections, masculinity can actually be a burden on mental health.

When you’re talking about toxic masculinity, it really comes down to the way males are brought up. They way we’re taught to be strong and quiet. If you look at the old John Wayne movies, that was the model we were supposed to aspire to. But it’s also a model that is dysfunctional in many ways.”

This model of masculinity may be why men are more likely to under-report symptoms of depression. But certain, more traditionally masculine traits can also contribute to increased rates of depression, according to research that’s found both negative and protective factors to traditional masculinity.

When the negative impact is an increase in depressive symptoms, substance misuse can often follow.

If men are less willing to ask for help, they will continue to experience the symptoms contributing to depression, drug use is often a maladaptive coping strategy.

As he puts it, when people struggling with depression, anxiety, and other mental health conditions aren’t embracing healthy coping resources, they may turn to alcohol and other drugs as a way to numb the pain.

The problem is, how do we as a society change men’s perception of seeking help before they get to that point?

A lot of men fall prey to the false idea that they should be “tough enough” to fix all their problems on their own. They worry that by showing vulnerability, even in the case of physical illness, they may lose their authority with others.

As a result, they may believe they can fix this problem quickly and move on to the next, and they may be in denial that there is a problem at all.

Addressing that, and helping men work past it, requires first ending the stigma of asking for help.

We can all foster more transparency around mental health and substance abuse issues. No one is immune to stress. Talking with others about how it is affecting you can foster empathy, camaraderie, and support, all of which fight against the feelings of isolation on which addiction and mental health issues can thrive, a lot of this comes down to education as well.

We need people to realize that these are medical problems, that there are good treatments available, and that there is hope involved,” he said.

Hobbs also wants people to know that untreated mental health issues can very quickly manifest into physical ailments, especially when people are self-treating with alcohol and other substances.

Cirrhosis, gastritis, bleeding problems, actual changes that occur in the brain: We need people to realize that there is a real physical downside to long-term alcohol abuse.

Awareness and education play the biggest role in terms of what can be done to help people as early as possible.

You have to talk to your loved ones. There are all these wonderful options available that can help, but first they have to be willing to try them.