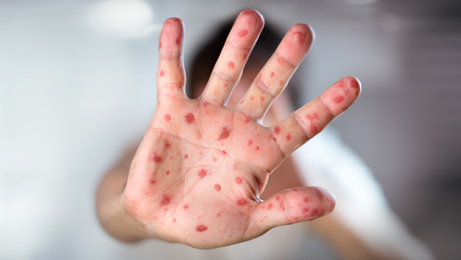 Measles is a childhood infection caused by a virus. Once quite common, measles can now almost always be prevented with a vaccine.

Also called rubeola, measles can be serious and even fatal for small children. While death rates have been falling worldwide as more children receive the measles vaccine, the disease still kills more than 100,000 people a year, most under the age of 5.

The infection occurs in sequential stages over a period of two to three weeks.

Review your family’s vaccination records with your doctor, especially before your children start elementary school or college and before international travel.